All you need to know about nipple irregularities!

The appearance of our nipples may seem unimportant, but they play a fundamental role in the appearance of our breasts. They are often considered an erogenous zone, and it is normal that we want them to look their best. Below, we will look at the most common aesthetic problems and pathologies of this part of our body, their causes and how they can be effectively treated at Wellness Kliniek.

Some women (it happens to men as well) have nipples that protrude outward, while others go inward. Inverted nipples do not indicate a health problem, but if they occur spontaneously after puberty, it is advisable to consult a doctor.

There are two main factors that determine whether a breast lump is benign or malignant, namely when the lump originated and the type of nipple inversion.

The cause of an inverted nipple can be congenital or acquired. Nipple deformity is caused by fibrous tissue in the breast tissue, which prevents the nipple from developing properly. The nipple tissue is drawn inwards, as a result of which the nipple is prevented from protruding outwards.

Acquired cases are also common and may be caused by a benign physiological process or by disease. For example, some older people develop this abnormality with age.

In any case, there is no need to worry as, according to scientific studies, congenital inverted nipples are 100% benign. About 3% of inverted nipples occur naturally, although it is normal to want to remove them for aesthetic reasons.

Raynaud's syndrome is characterised by episodes of vasospasm (pain in the nipples) triggered by cold or an accumulation of stress during breastfeeding.

Important symptoms that help distinguish Raynaud's syndrome (RAS) from other pathological conditions and processes include the following:

Physical problems, such as poor positioning or a short frenulum of the baby, can in themselves cause Raynaud's syndrome. Some infectious processes of the nipples are related because they also cause vascular disorders.

Nipple piercing has been a trend for many years, but it is common for it to become infected if it is not properly cared for. So when you get your nipple pierced, the piercer must be very clear about how to look after the piercing.

When we have a nipple piercing, there is a high risk of infection and sores may develop. To avoid this, we must follow a careful hygiene process that will determine that we avoid this series of complications:

Polythelia is a condition in which there are more than two nipples, but no associated breast tissue. It is a condition that is usually congenital or occurs at a very young age.

Supernumerary nipples are usually much smaller and less developed than the original nipples. In fact, they can be mistaken for a mole or wart. However, there is one important fact: they are usually found along the so-called "breast lines", which are imaginary straight lines running from the armpit to the groin.

In these cases, they are remnants of the ectoderm that remain until the third month of slow development in the womb, and this embryonic nipple is the result. In any case, they can be removed with a simple surgical procedure.

How can nipple irregularities be corrected?

Whether you are male or female, there are safe and effective ways to correct the shape of our nipples and resolve the most common conditions in this area. At Wellness Kliniek, we offer nipple correction for women, and we also have a specialised nipple correction for men. Our team of professionals specialise in breast and body surgery.

If you want to change the appearance of your nipples, don't hesitate to make an appointment and we will advise you on the best treatment or procedure for you. You will achieve natural and harmonious nipples without risks and complications. 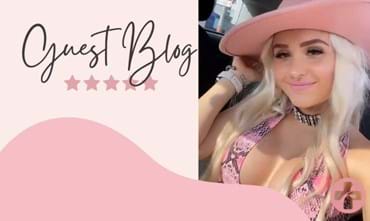 Breast enlargement, the experience of Shawna

My life has completely changed since my breast augmentation. I am eager to share my experience at Wellness Clinic with you in this blog. 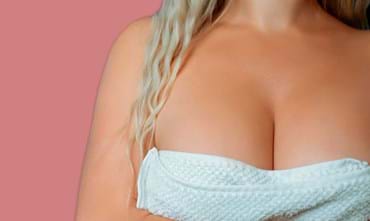 The most frequently asked questions about breast enlargement recovery

You've been looking forward to it for a long time and finally, you can count down to your dream bosom. The breast enlargement went smoothly and you can't wait to show off your new breasts. But now what? In this blog, we'll explain what to expect after a breast enlargement. 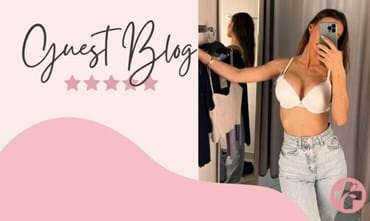 I had been insecure about my breasts for a long time. After a lot of research, I ended up at Wellness Kliniek's Facebook group. Thanks to this, I finally dared to take the step and decided to go for next-day surgery. I’m still very happy with this decision and would like to share my experience with you in this blog.

We, and third parties, use cookies on our website. A cookie is a small file that is sent with pages of this website and stored by your browser on the hard drive of your device, so that you can be recognized. Below you can indicate which types of cookies you would like to have placed on your computer. Please read our privacy and cookie statement for more information.

Stay up to date with the latest news and promotions.